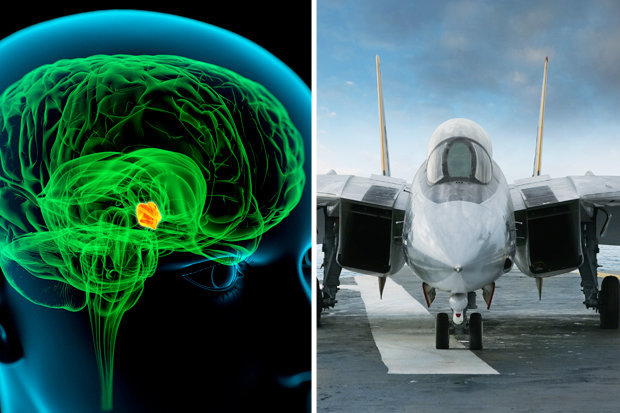 The US military’s Defence Advanced Research Projects Agency (DARPA) is launching a new generation of warplanes which are flown by a pilot sitting hundreds of miles away with an implant in their brain.

Using sophisticated brain-computer interfaces (BCI), soldiers will be able to pilot up to three jets at once with just their thoughts.

Top US scientists have been working on the scheme since 2015.

Back in 2016, a pilot hooked up to a neural implant was able to pilot an aircraft in a flight simulator while keeping two other planes in formation.

In 2017, a pilot steered a plane through another simulation, this time by receiving haptic feedback — meaning the implant created a tingling sensation in their hands.

A spokesman for DARPA…