More than 6,000 school suspension notices will go out to parents in Waterloo region this week — all over vaccination records.

Region of Waterloo Public Health officials said a total of 6,129 suspension orders will go out and parents will have until March 26 to provide proof of immunization or a valid exemption to avoid suspension.

Suspensions can last up to 20 days.

In the fall of 2018, Region of Waterloo Public Health sent out 9,595 notices to parents of children who had immunization records that were not up to date.

This happens just a few days after Youtube has decided to remove ads from anti-vax channels. End of the FREEDOM OF SPEECH? For anyone who’s keeping score, 100 percent of the terrorist attacks that have occurred in the West for at least the past two decades have been committed by Islamic extremists.

Followers of Christ, Buddhists, Hindus, and Jews have not hijacked airplanes and flown them into buildings. They haven’t rented vans and mowed people over. They haven’t attacked restaurants with AK-47s or certain events with pipe bombs. Radicalized followers of the Islamic faith committed these acts.

And for good measure, radical Islamic groups like ISIS have taken over vast swaths of the Middle East, executing followers of other religions while mass murdering anyone else who refused to ascribe to their religious dogma.

So, it’s puzzling to Catholics and other followers of the Christian faith as to why Pope Francis has essentially, in their view, betrayed them by signing a pact that, Biblically speaking, amounts to the fulfillment of an ‘end times’…

The Pentagon-CIA Influence is subtle yet, when you become aware of it, all-pervasive. We enter this world believing that we live in a society where the Media, the Film Industry, the Weapons Industry, the Tech Industry and the Government are separate, discrete industries that function autonomously.

Many of us also believe that these industries contain tens or even hundreds of different brands, channels, products or platforms, only to later find out the ownership is highly concentrated at the top.

However, even beyond that, one can trace a force, a group, which controls all of these diverse industries and more: the Pentagon-CIA influence. Let’s take a look at some recent examples, and some older ones, which illustrate this concept.

Pentagon-CIA Influence: Feeding Info to Hollywood that Not Even Defense Lawyers Can Access 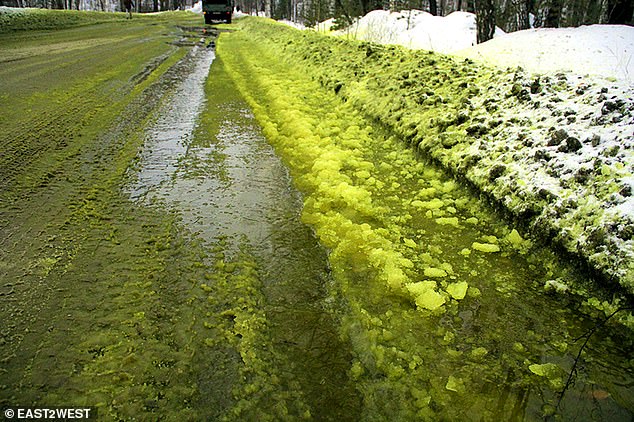 Residents in Pervouralsk were horrified when chemicals spilling from a chrome factory turned white snow to an acid green colour.

Earlier this week pristine snows caps in Kemerovo turned an eerie black when pollution from coal plants turned the streets dark and grimy. 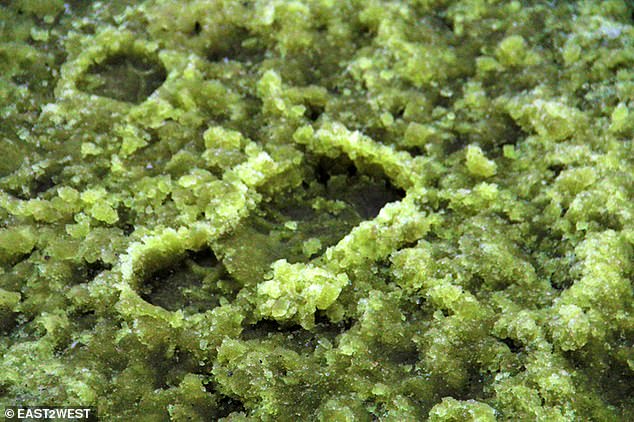 And locals in Sibai have been forced to wear masks after thick smog from a copper factory has been settled over the town since November.

The bizarre phenomena has caused dozens of demonstrations across Siberia against polluters which has seen president Vladimir Putin’s support waning.

A 36-feet long humpback whale has been found dead in the Amazon jungle, miles from its natural habitat. Experts in Brazil have been left baffled as to how the ten-tonne animal came to be lying in the woodland area around 50ft (15 meters) from the sea.

The humpback whale was discovered last Friday in the middle of the undergrowth on the island of Marajo off the Araruna Beach, at the mouth of the Amazon River.

Scientists believe the creature died at sea and may have landed in the wooded area after rough seas and high tides threw it inland, far from the ocean.

A team from Semma went to the region to inspect the remains, believed to be a 12-month old calf, and to gather information which could help to explain how the aquatic creature crash landed in the jungle.

(Bloomberg) — China is developing a non-lethal weapon system based on microwave radar technology, Global Times reported, citing an interview with the project’s chief engineer, surnamed Su. The weapon shoots millimeter microwaves at targets to inflict pain under their skin, said Su, who is also a senior engineer from the Beijing Institute of Radio Measurement affiliated with the China Aerospace

Once you create a situation at law where killing of another person is allowed in certain circumstances, not only will the circumstances in which such killing is endorsed or allowed change over time, but the boundaries, however originally drawn, will be entirely ineffective in providing moral, legal and ethical guidance and restraint.

In Belgium and The Netherlands in the thousands of euthanasia deaths since their laws came into being in 2002 few cases have ever been referred by the review systems to justice for further scrutiny. In Belgium that number is one; one case only. …

According to a multiplicity of reports, an un-named woman–an octogenarian living in a nursing home and experiencing dementia– was euthanized against her will. She had made a comment in her advanced directive that she would like euthanasia “when I myself find it the right time.”

The woman had been a resident in the nursing…