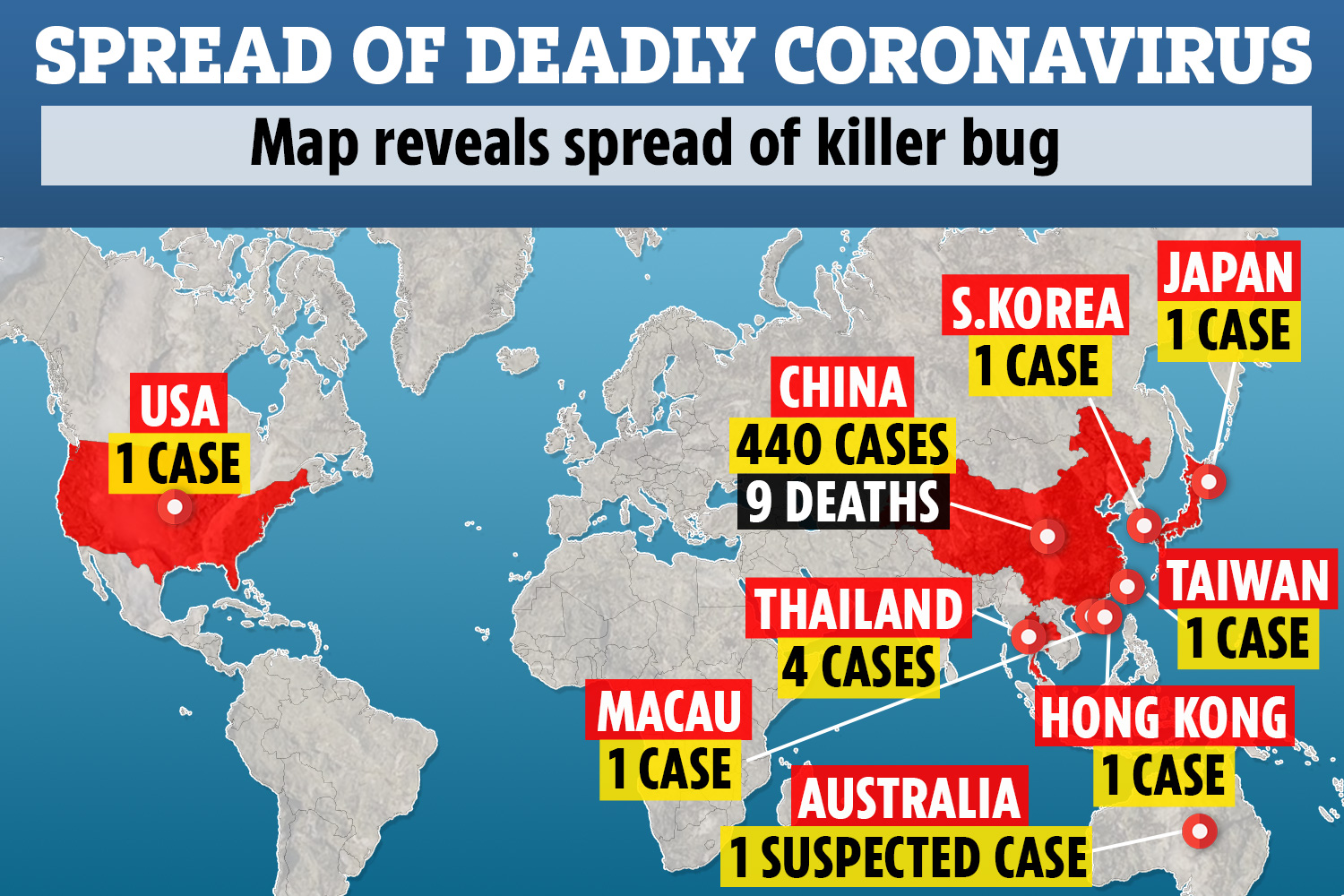 NINE people have died from coronavirus and cases relating to the deadly virus have risen by more than 100 in a day to a total of 440.

The latest figures on coronavirus were announced by China’s health authorities on Wednesday.

The virus could be declared a global health crisis today after cases of the mystery bug increased from 300 in one day.

It comes as experts in Britain said up to 10,000 people could already be infected and the death rate is currently the same as the Spanish flu epidemic, which killed millions after World War I.

The WHO announced it will hold an Emergency Committee meeting in Geneva today, to determine if the outbreak should be classed as a global crisis, like the West African Ebola outbreak of 2014-15.

Deputy Director of the National Health Commission Li Bin said that all deaths had been in the Hubei province, home…